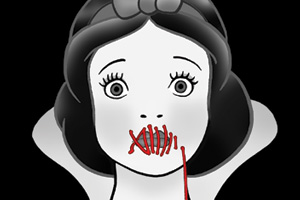 Mutilation. Suffocation. Hanging. Just a few of the demises that befall some of the popular characters of the fairy tale stories. Why weren’t these scenes included in the final film adaptations from The Walt Disney Company? Fascinated with the storylines that Disney chose to leave out of their fairy tale adaptations, I produced a 160 page hardback book for my final major project during my Masters. A mixture of academic research and illustration, I replicated the Disney style of art and made the final illustrations appear as if they were used in the production of the original Disney cartoon.

Intended as a pastiche, Deleted Disney includes everything from character model sheets to comprehensive storyboards. 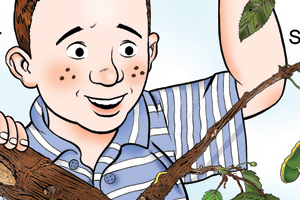 Illustrations designed to accompany prose for both book and magazine articles.

Mostly work I completed on a very early foundation course, images here are from the Cornish legend The Mermaid of Zennor and The Girl Without Hands; a German fairy tale by the Brothers Grimm.

Also included are character designs I submitted in a pitch to illustrate a book for young children. 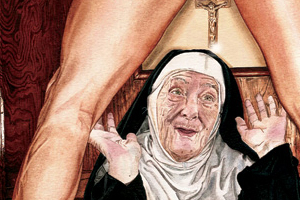 The majority of the work here is from a project I started at the beginning of 2011, and before I started my year long MA course. Tentatively called Bottoms Up! The Beauties of Burlesque, most of these images were designed to be completed by adding gems and feathers to them once they were printed.

Along with work I created whilst at university, other illustrations include artwork I produced at the start of 2012 for Mohawk Media, featuring their comic characters' Tough Guy and Charles Darwin. 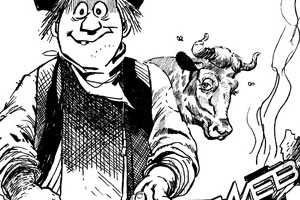 Recently, I have been involved with creating the logos for Mountain Goat Media and the Coffee Guru and I continue to act as the graphic designer for Artroom Brighton. 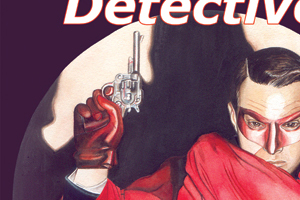 Inspired by the pulp crime-fighters of the 1930's, the Crimson Mask is a character I designed for a major project during my degree course. Choosing the word perennial to work around, I decided to create a hero and show how he would be portrayed through popular culture across different eras; from his first appearance in a pulp paperback novel to a cartoon character from the 90's.

Other items I created included a 1940's pulp magazine, a comic book from the 1960's, an American movie magazine and an action figure that tied in with the fiticious film made during the 80's. 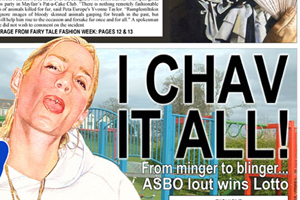 The focus of my work was to depict contemporary versions of the popular characters from both the classical fairy tales and nursery rhymes. Ultimately becoming a project about the power of combining text with imagery, my original objective was to produce a mixture of newspaper and magazine covers that showed the figures as if they existed in real life today; with a definite nod to how the original characters were depicted.

The completed work consisted of the front and back covers' to a tabloid newspaper, a men's adult magazine and a weekly gossip paper. 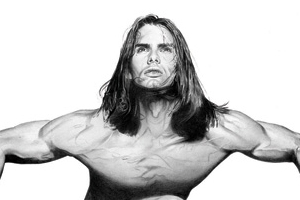 An eclectic collection of my work before and during the first year at art college.

A number of the pieces featured here are from a book I made called Barbican Bites. The pages inside focused purely on the famous Plymouth Barbican and had to combine the theme of food. The book was a celebration of the famous landmarks, eateries and artists' associated with the Plymouth locale and included a homage to both Robert Lenkiewicz and Beryl Cook.